Air Liquide and Hydrogen: Transitioning to Clean Energies is a Reality

Air Liquide and Hydrogen: Transitioning to Clean Energies is a Reality

H2 site – Every day, people at Air Liquide contribute to the development of a low-carbon society, of which hydrogen as one of the key levers.

As a pioneer, Air Liquide is convinced that hydrogen is a cornerstone of the energy transition. In the past 50 years, the Group has developed unique expertise enabling it to master the entire supply chain, from production and storage to distribution, contributing to the widespread use of hydrogen as a clean energy carrier for a wide range of applications such as industrial usages and clean mobility.

Air Liquide is committed to reaching several ambitious goals, investing approximately €8 billion in the low-carbon hydrogen full value chain by 2035, and a total of 3 GW electrolysis capacity by 2030.

Air Liquide’s long-term commitment to hydrogen energy and its ambition to be a major player in the supply of renewable and low-carbon hydrogen is at the heart of its strategic investments. Indeed, Air Liquide inaugurated the world’s largest low-carbon hydrogen membrane-based production unit in Canada earlier this year, illustrating that the fight against climate change is at the heart of the Air Liquide Group’s strategy. The new 20 MW proton-exchange membrane (PEM) electrolyser, equipped with Cummins technology, is the largest operating unit of its kind. Supplied with renewable energy, this unit is now producing up to 8.2 tonnes per day of low-carbon hydrogen and will help meet the growing demand in North America. 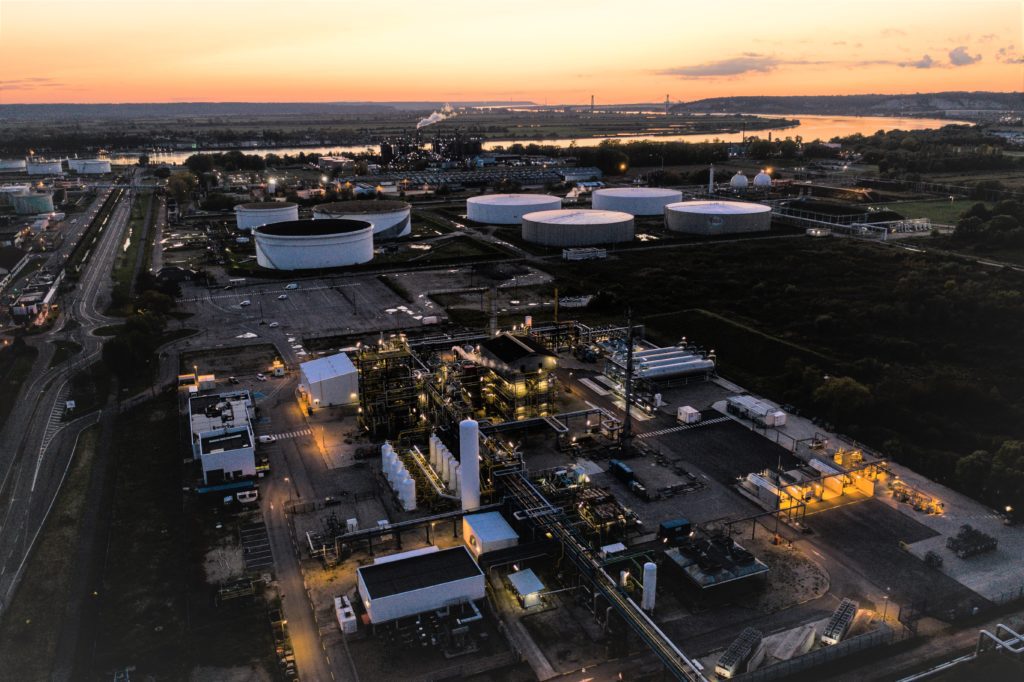 Air Liquide Normand’Hy - Air Liquide is committed to reaching a total of 3 GW electrolysis capacity by 2030.

In order to meet rapidly renewable hydrogen growing demand, and to lower costs, it is key to accelerate the production of sustainably generated hydrogen through large-scale PEM electrolysers. In this context, Air Liquide and Siemens Energy have joined forces to create a European ecosystem for electrolysis and hydrogen technologies. The first worldscale PEM electrolyzer Air Liquide is planning to build in the framework of this partnership will be located in Oberhausen, Germany. This renewable hydrogen production plant, with a total capacity to reach 30MW, will support sectors such as Steel, Chemicals, Refining and Mobility in North Rhine-Westphalia by accelerating the availability of gases produced with renewable electricity for their efforts to reduce their carbon footprint.

Moreover, the Group increased to 100% its total stake in H2V Normandy in October 2021. Renamed Air Liquide Normand’Hy, this company aims to build a large-scale electrolyzer of at least 200 MW for the production of renewable hydrogen in France to supply industry and mobility markets. This strategic investment will support the development of a low-carbon hydrogen ecosystem in the Normandy industrial basin.

Using its extensive experience in hydrogen plants, Air Liquide has developed a process unique in the world, the CryocapTM H2 technology, which was commissioned in 2015 in Air Liquide’s largest hydrogen production unit in France, in Port-Jérôme-sur-Seine. This technology makes it possible to recover and isolate the CO2 emitted during hydrogen production involving low temperatures to separate gases.

In July 2021, the Group announced working with other major players in the Normandy industrial basin to implement a CO2 capture and storage chain, from their industrial activities to final storage in the North Sea. 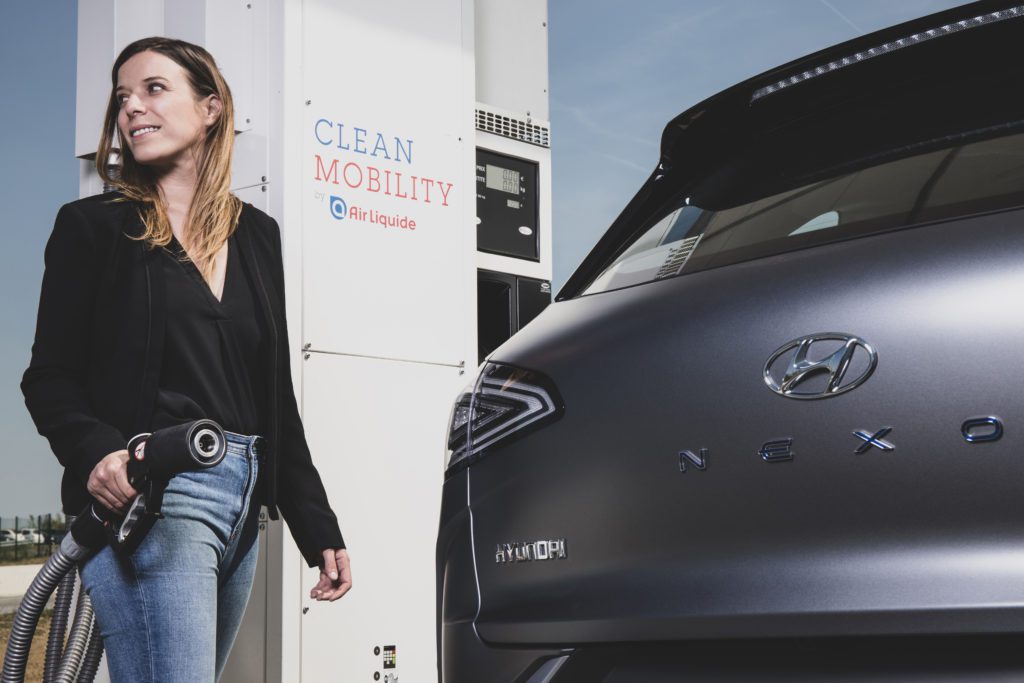 H2 station Roissy - Air Liquide is contributing to the use of hydrogen in the transportation sector by supporting the creation of hydrogen refueling stations at the global level.

Air Liquide is therefore fully involved in the development of low carbon and renewable hydrogen, serving both the decarbonization of industry and mobility. As well as the roll-out of stations for light vehicles in Europe, Japan, South Korea and the United States, Air Liquide is also focused on the truck segment. Large-scale projects are becoming a reality:
in Rotterdam in the Netherlands and Fos-sur-Mer in France for example, where the Group is part of key initiatives to develop large-capacity hydrogen stations which will be used to power long-distance trucks. Air Liquide’s ambition is also to contribute to build the sustainable aviation ecosystem alongside the leading players in the sector. Our Group started at the end of the 2000s to promote hydrogen applied to aviation, notably through studies and demonstrators in flight or on land. In June, Air Liquide, Airbus and Groupe ADP signed a Memorandum of Understanding to prepare for the arrival of hydrogen in airports by 2035 as part of the development of hydrogen-powered commercial aircraft. Alongside Airbus and Vinci Airports, the Group also announced a partnership to promote the use of hydrogen at airports and build the European airport network to accommodate future hydrogen aircrafts.

A global transition towards a low-carbon society is underway. As a pioneer in hydrogen technologies, Air Liquide is fully committed to achieving this goal.