The power-to-gas plant in nearby Mainz supplies green hydrogen to the fueling station for buses in Wiesbaden. Source: Linde 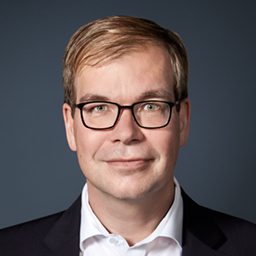 With its extensive hydrogen portfolio and large installed base, Linde is a driving force in the transition to a hydrogen economy. Yet success will also depend on striking new partnerships.

Societies are focusing on decarbonization, and that has moved the topic of hydrogen front and center. What does this mean for Linde?

This is an important opportunity for us to contribute to the development of a hydrogen economy. Our experience with hydrogen stretches back over 100 years, initially with Carl von Linde co-developing a method for producing hydrogen in the early 20th century. Today, we cover every aspect of the hydrogen value chain: production using steam methane reforming (SMR), more recently including CO2 capture, and expanding use of electrolysis; storage in cryogenic tanks and in the world’s first commercial high-purity hydrogen cavern; distribution via pipeline, trailers and tankers; and, finally, hydrogen applications across many different sectors – including mobility, industry and export/power. Linde is also a pioneer in the use of hydrogen as a carbon-free fuel, with the first studies dating back to the mid-1970s.

There seems to be a lot of momentum being generated around hydrogen for heavy-duty transport, instead of batteries. What’s your take here?

Hydrogen packs more energy per weight and volume than batteries, which means that you can travel longer distances and propel heavier vehicles. To achieve the same with batteries, the system would have to be very large, becoming sub-optimal in terms of weight, space and cost. Furthermore, it is much faster to refuel hydrogen than to charge an electric battery. For these reasons, hydrogen is becoming a solution of choice for buses, heavy trucks, forklifts, trains, ferries and planes.

To support the emerging public mobility sector, a good network of refueling stations is needed. Any particular developments that are worth highlighting?

We supply a large portfolio of fueling stations to serve a diverse set of needs. We are building the first hydrogen refueling station for trains with Alstom in northern Germany that will be able to fuel 14 hydrogen-powered passenger trains, with regular passenger service scheduled to start next year. Another good example is a bus fueling station in Aberdeen, Scotland. It was first installed in 2015 to refuel single-decker buses. In the years since, the station has been upgraded to also refuel double-decker buses, cars, vans, refuse collection vehicles and road sweepers. Once the infrastructure is in place, it can be used for different types of vehicles.

To ensure that we lead the way with environmentally friendly solutions, we have earmarked a third of our annual R&D budget for decarbonization.

But the investment needed to create the necessary infrastructure and to define industry standards is too large for a single company to achieve on its own. To really get hydrogen mobility going, partnerships with players from different industries are key. This was the thinking behind us joining H2Accelerate, where vehicle manufacturers and infrastructure players come together based on their shared commitment to create a commercially viable hydrogen trucking system in Europe. Collaborations like this are essential to make hydrogen mobility a success at scale, something the world needs to achieve society’s ambitious climate goals. 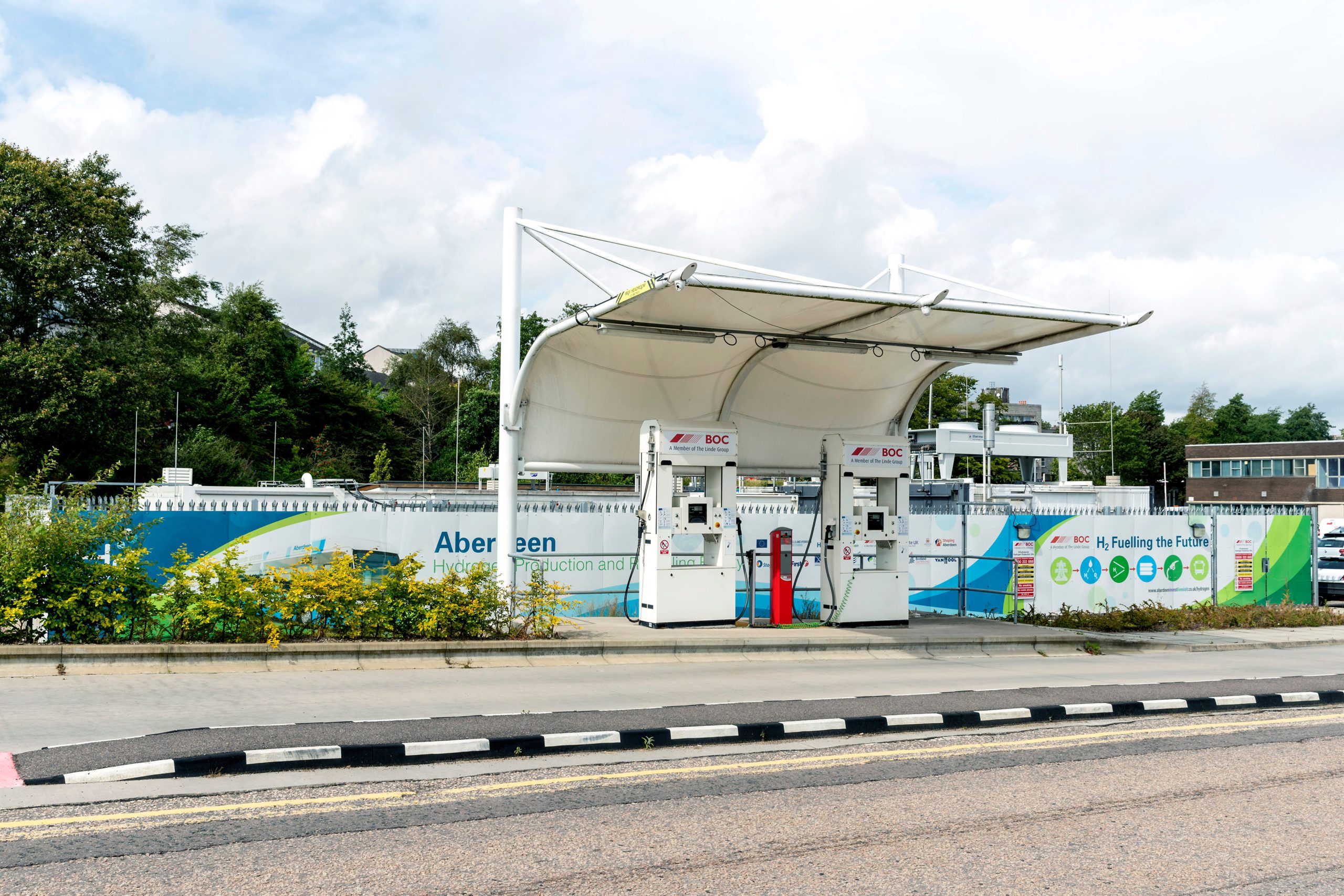 Of course, mobility is just one aspect of decarbonization in the hydrogen discussion…

That is correct. Mobility is a first mover, but the applications for clean hydrogen go far beyond. Take industries where a direct electrification of processes is difficult. In these cases, hydrogen but also carbon capture and storage (CCS) are essential for decarbonization. For instance, in cement the large-scale deployment of CCS will contribute to a significant decrease of heavy-industry emissions. Another case in point is steel production. Integrated steel mills that use blast furnaces to process iron ore rely heavily on coal and natural gas. There are concrete steps that can be taken in a phased approach to decarbonization, such as the increased adoption of natural gas, oxyfuel and eventually the full conversion to hydrogen as a fuel.

Or take refineries and jet fuels. While hydrogen may eventually be directly used as an aviation fuel, in the meantime we have to reduce the carbon footprint of jet fuels. Linde is part of a consortium to produce sustainable aviation fuels. In this project, carbon feedstock from biomass and green hydrogen is converted to synthesis gas, which is then transformed into kerosene. This project is in the exploration phase, but initial results are very promising.

There are many colors of hydrogen, with the end-goal being green hydrogen – any developments worth noting?

Linde is agnostic to the color of hydrogen, as all have a role to play in the energy transition, but we see more geographies where the production of hydrogen from renewable power, so green hydrogen, becomes competitive. A great example is a new project development in Oman, a location blessed with excellent wind and solar conditions. We’ve just announced the signing of a joint development agreement (JDA) with Japan’s Marubeni, UAE’s Dutco Group and Oman’s state energy company OQ to conduct technical and commercial feasibility studies on developing a green hydrogen and green ammonia production facility in Oman’s Salalah Free Zone. This project entails all the ingredients for success: strong partners, excellent geographic conditions and the ability to reuse existing infrastructure, creating a leading clean hydrogen export opportunity. 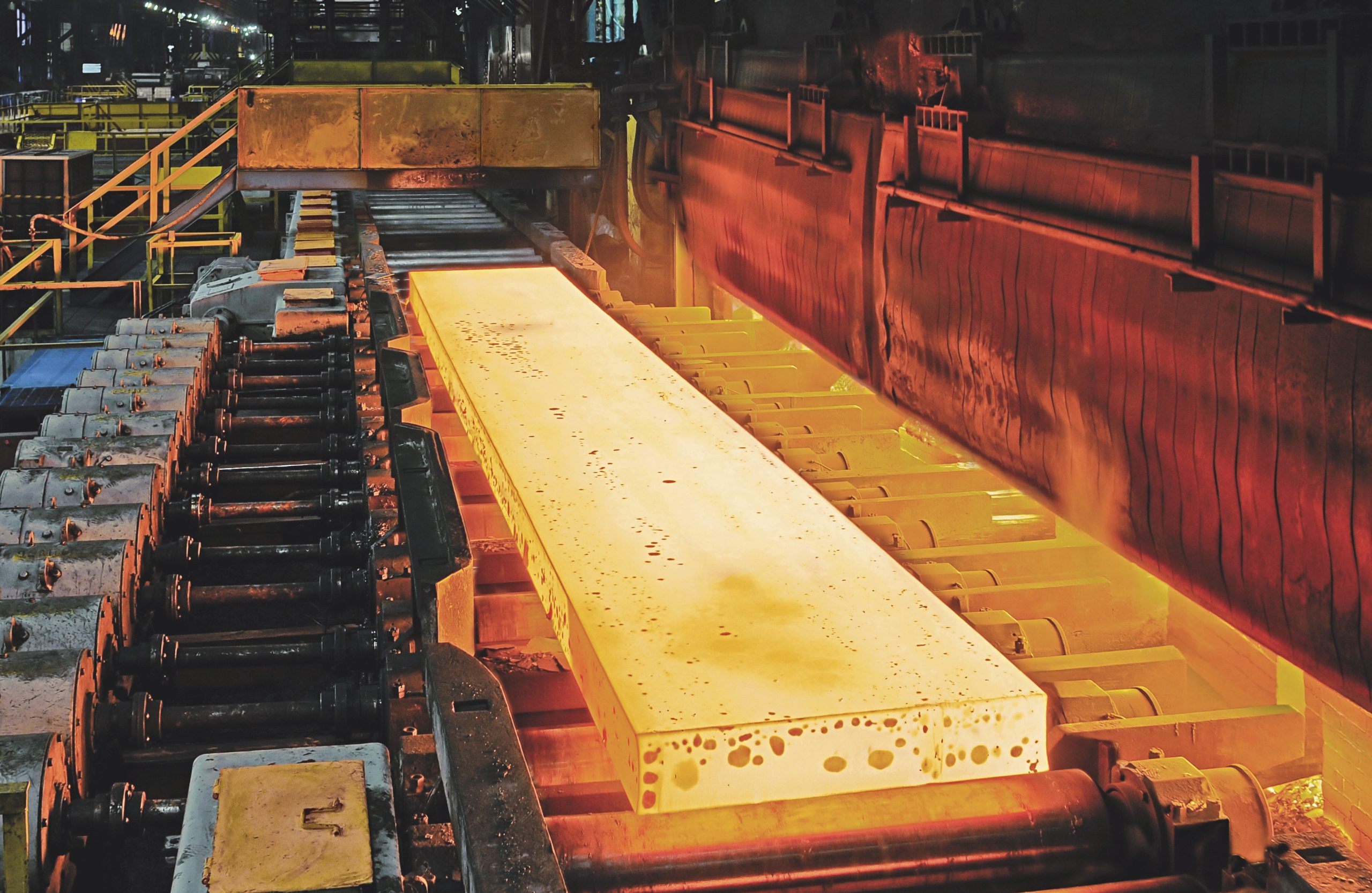 Do you think projects like those you’ve mentioned – of which many have yet to be commercialized – will make an impact on decarbonization?

I do. All of these early projects demonstrate progress and underline the need to work with the right partners who, like Linde, want to make a real difference. Decarbonization is not a new industry but a new value chain spanning various industries, from utilities and oil and gas to all the different end-user segments, like steel, cement and logistics. Linde as a company is committed to doing its part to establish these new value chains: Firstly, we are investing more than €1 billion in decarbonization projects by 2028, many of which will naturally include partners from other industries; secondly, to ensure that we lead the way with environmentally friendly solutions, we have earmarked a third of our annual R&D budget for decarbonization.

What role do you see hydrogen playing
in 2050?

Hydrogen will be ubiquitous and used across many applications and use cases; it will have moved away from its “niche” as a chemical to become THE new energy vector; and fuel cells will be commonplace, owing in large part to wide availability of low- or no-carbon hydrogen that is also cost competitive. Enablers here include green electricity production for powering hydrogen electrolysis, and highly energy efficient SMRs (and other technologies like ATR and pyrolysis) featuring carbon capture. As a society, we will be so much closer to CO2-free industrial processes and mobility by 2050. The work we are doing today is invaluable for accomplishing this vision.